After spending time in Southeast Asia a few years ago, A couple years ago, I started to plan out a trip to Japan. This Spring, it finally happened. For two weeks during the tail end of March and beginning of April, I headed over with my buddy Andrew. Although Andrew had taken a couple years of Japanese in college, he had never been to Japan either. After a little though and a little reading, we sketched out a plan to travel around the lower half of Japan’s largest island, Honshu. Below is the path we ended up covering.

It’s an impossible task to try to explore Japan in just a couple weeks. In fact, it would be foolish to think you could come away with a true understanding of even one of the cities, or even one of the districts within a city in that span. With so much new in the way of culture, social expression, language, food – even the little things take getting used to. With that in mind, we decided to get an overview — just to skim the surface — of a few of the well known places and hopefully walk away with a taste of life there, and possibly a thirst for more.

The lines below show where we traveled, mostly by train. The bubbles indicate where photos were taken.

We arrived at Narita airport late in the afternoon. After passing through a detailed immigration inspection and gathering our luggage, I hopped up to the 4th floor post office to collect a data sim card I had ordered a couple weeks before the trip through B-Mobile. This worked great the entire time. I got the 1GB variety, which was perfect. Over the two weeks I was there I used ~500MB of data with ample mapping, translation, and web surfing. No trouble on my CDMA iPhone 5 (Model A1429). After popping that in my phone, we headed down to the first floor to pick up our JR rail pass.

Before leaving for Japan, Andrew ordered up two JR rail passes. Basically, the JR rail pass enables you to travel anywhere you want in Japan without an extra fee. You have to order these in advance, as they cannot be purchased once in Japan. These turned out to be such a great deal. Not only did they save us money while traveling around the greater part of lower Honshu, more importantly they saved us time. After an initial wait at the Narita station to do the coupon-for-pass exchange, just a flash of the pass at the JR counter lets you into the station, where you can hop on virtually any train in Japan. Without this, there’s no way we would have seen as many places as we ended up going.

I hadn’t looked up where Narita was before arriving, and was surprised just how far from Tokyo it really is, lying about 50 miles East-Northeast of downtown Tokyo. Our pass became immediately helpful. We took the NEX train right into Tokyo Station. After a transfer onto the still JR and still free Yamanote line, we made a quick transfer to the subway and onto our hotel in Asakusabashi.

We settled on ramen for the first night. Oh glorious ramen. Hard to beat really. Quick. Tasty. Has soft boiled egg. Checks all of my boxes for food of the year. This particular place went a little crazy with the bean sprouts. I suppose what really struck me about going around looking for dinner is just how small all the restaurants were. Quite a few had no more than 6-10 seats, and the rest no more than 20. That night we ventured to our first bar — J.D.’s Whiskey Bar. A well-furnished basement joint, this place had all of four seats. Good thing two people just left as we were coming in! This guy liked his Jack. He even had a history book detailing the history and legacy of Mr. Daniels. After ample samplings of his wears, the owner gave us a recommendation to a tavern just up the road a bit that we stopped to which was a more traditional pub. 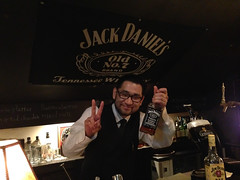 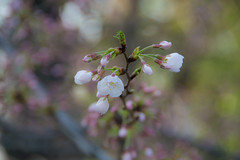 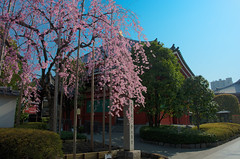 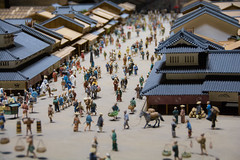 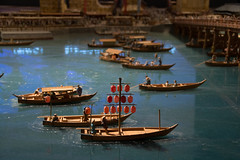 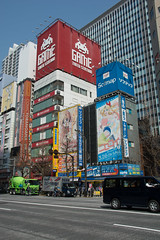 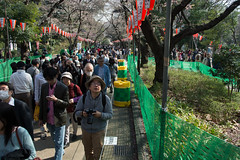 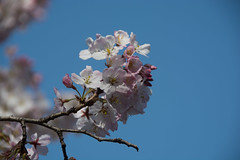 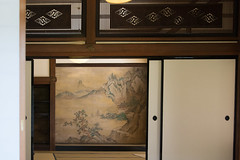 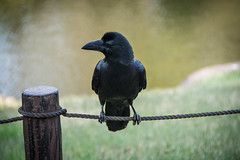 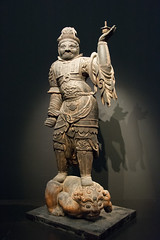 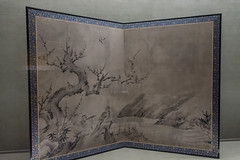 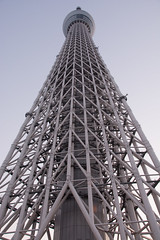 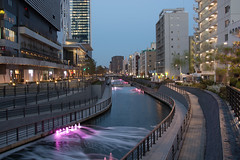 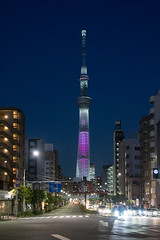 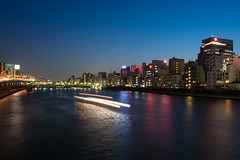 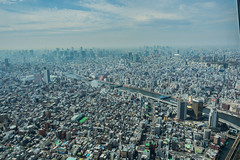 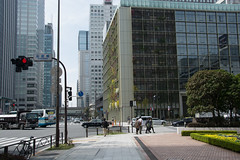 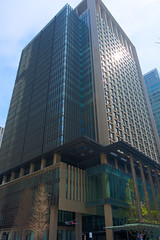 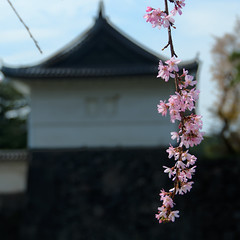 The theme of the first day was walking. I’d estimate we covered about 30km by foot. We headed up to the Sensō-ji Temple, and got our first taste of cherry blossoms, which would embellish the entirety of the trip. Next we headed to the Tokyo-Edo Museum. Somehow we managed to come on a free day. I don’t quite know how this was possible — I searched the website for mentions of free days and couldn’t find any reason why today might be free, but nonetheless, we went on in. The museum featured lots of scale models of life in the Edo period, as well as many full-sized areas setup in Edo style. It covers up to the present day, and holds the Japanese copy of the Instrument of Surrender, the treatise signed marking the end of WWII. It felt uncomfortable walking side by side with Japanese visitors through the exhibits of American fire-bombings and the eventualities of the war.